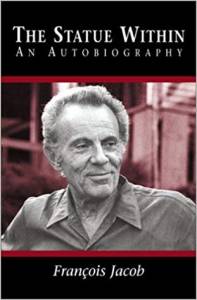 In a new preface to this special edition of his critically acclaimed memoir, Francois Jacob recalls the events that brought him to Cold Spring Harbor Laboratory in the early 1960’s and taught him much about phage biology and the informal ways of American science. Throughout his book, Jacob demonstrates a scientist’s eye for detail and a poet’s instinct for the inner life, as he tells of a privileged Parisian boyhood, young love, heroism in war, and the fascination of life at the edge of scientific discovery.

Faculty Comment: John Colicelli
This autobiography describes Jacob’s formative experiences during World War II and his progression from physician to scientist. He nicely describes the twists and turns of his Nobel award-winning research on gene regulation.