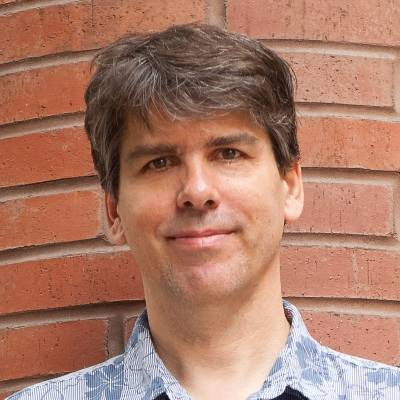 Alexander M. van der Bliek, Ph.D., is Professor of Biological Chemistry at the UCLA David Geffen School of Medicine. He received his undergraduate degree from the University of Amsterdam in The Netherlands. After gaining experience with plant physiology, ecology and biochemistry, he entered the laboratory of Dr. Piet Borst in The Netherlands Cancer Institute where he studied gene amplification and multidrug resistance in cancer cells and obtained a PhD in 1988. He then moved to the United States for postdoctoral studies in the laboratory of Dr. Elliot Meyerowitz at CalTech. By cloning the Drosophila shibire gene, he discovered the role of the large GTPase Dynamin in endocytosis. He confirmed this role in mammalian cells through collaboration with Dr. Sandra Schmid at the Scripps Research Institute. In 1993, he was appointed Assistant Professor in the Department of Biological Chemistry at UCLA. He went through the ranks to become Professor in 2006. The van der Bliek lab studies the roles of dynamin-related proteins in mitochondrial fission and fusion using C. elegans and cultured mammalian cells as complementary model systems.

How and why do mitochondria divide and fuse?

The van der Bliek lab investigates the roles of the dynamin-related protein Drp1 in mitochondrial outer membrane fission. This protein is normally cytosolic, but it can bind to mitochondria through a series of interactions with the mitochondrial outer membrane proteins Mff, Mid49, Mid51 and Fis1. Mitochondrial fission is triggered by cell growth, by apoptosis and by stress, for example from reactive oxygen species generated inside mitochondria.  This type of stress becomes acute when mitochondria accumulate damaged components. Mitochondrial fission is a first step towards the selective removal of these damaged components in a process called mitophagy. Disruptions in mitophagy contribute to Parkinson’s disease and they may contribute to other neurodegenerative diseases, such as Alzheimer’s disease. Pathways controlling mitochondrial fission are therefore generally important for health and disease.

In a second line of research, the van der Bliek lab investigates the functions of Opa1, which is the Dynamin family member that mediates mitochondrial inner membrane fusion. Mutations in Opa1 cause hereditary eye disease (dominant optic atrophy) through progressive loss of retinal ganglion cells. Opa1 defects can be harmful by blocking fusion between mitochondria, thus precluding the replenishment of damaged components through exchange with other mitochondria. Opa1 is, however, also needed to maintain the integrity of mitochondrial cristae. Loss of cristae can contribute to pathogenesis by increasing the production of reactive oxygen species and by facilitating cytochrome c release from mitochondria, which then leads to apoptosis. In keeping with these varied roles, Opa1 is regulated by complex patterns of alternative splicing and by proteolytic processing through the constitutive protease Yme1L and the inducible protease Oma1. Research in the van der Bliek lab is therefore focused on basic cellular processes with broad implications for human disease.