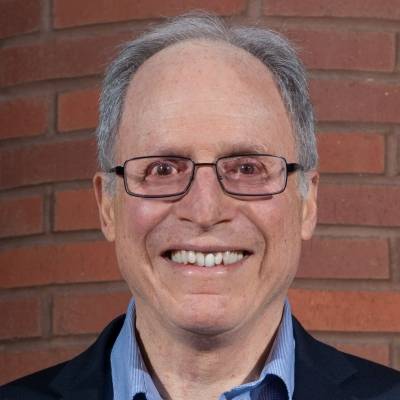 David Eisenberg is currently Professor of Chemistry and Biochemistry and Biological Chemistry, as well as HHMI Investigator.  Before he came to UCLA, Eisenberg earned an A.B. in Biochemical Sciences from Harvard College and a D.Phil. from Oxford University in Theoretical Chemistry on a Rhodes Scholarship. After postdoctoral study at Princeton University on water and hydrogen bonding and at Caltech on protein crystallography, he joined the faculty at UCLA. Currently he studies protein interactions by X-ray crystallography, bioinformatics, and biochemistry, with an emphasis on amyloid-forming proteins. This recently recognized protein state offers opportunities to understand cells in health and disease, and in synthesizing new materials and in understanding processes as diverse as biofilms and corrosion. Eisenberg has published over 300 papers and reviews, holds half a dozen patents.

David Eisenberg and his research group focus on protein interactions. In their experiments they study the structural basis for conversion of normal proteins to the amyloid state and conversion of prions to the infectious state. In bioinformatic work, they derive information on protein interactions from genomic and proteomic data, and design inhibitors of amyloid toxicity.

Amyloid and prion diseases are diseases of protein aggregation in which a normal, functional protein converts to an abnormal, aggregated protein. The systemic amyloid diseases, such as dialysis-related amyloidosis, are apparently caused by the accumulation of fibers until organs fail. The neurodegenerative amyloid diseases, such as Alzheimer’s, Parkinson’s, amyotrophic lateral sclerosis (ALS), and the prion conditions, seem to be caused by smaller oligomers, intermediate in size between monomers and fibers. Our goals are to understand the general features of the conversion to the amyloid state, why some of the diseases are transmissible between organisms and others not, what the structures of the toxic units are, and how they exert their toxic actions, and how to interfere with amyloid toxicity.