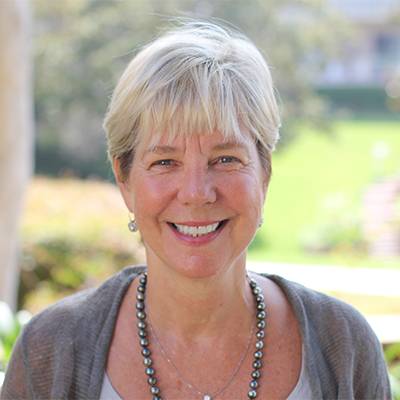 Geraldine (Gerry) Weinmaster is a molecular, developmental and cell biologist who has served on the UCLA School of Medicine faculty since joining the Biological Chemistry Department in 1992 as an assistant professor and advancing to a full professor in 2002. Dr. Weinmaster obtained her Ph.D. at the University of British Columbia working with Tony Pawson on oncogenic tyrosine kinases. In collaboration with Michael Smith, who won the 1993 Nobel prize in Chemistry for the use of oligonucleotides in the development of site-directed mutagenesis, they were the first to show that tyrosine phosphorylation is required for both tyrosine kinase and oncogenic activities. She continued her training as a post-doctoral fellow in Tony Hunter’s group at the Salk Institute, and later with Greg Lemke where she cloned the mammalian homolog of Drosophila Notch. Her studies also identified the closely related Notch2 providing the first evidence for a family of Notch genes, of which there are now four known members. In her own laboratory at UCLA she cloned the first vertebrate Notch ligand, Jagged1 that is mutated in the inherited developmental syndrome Alagille. Her group has developed an extensive battery of reagents to study mechanisms of ligand-induced Notch signaling using mammalian cell culture and mouse mutants.

How do cell-to-cell interactions activate Notch Signaling in Mammalian Cells?

The Weinmaster laboratory is defining the mechanisms of ligand-induced Notch signaling. The Notch pathway is a cell-to-cell communication system used by multi-cellular organisms to ensure the correct cell types form at a precise time and location in the body. Remarkably, this system is used over and over again during the formation of almost every cell type. Given the extensive requirement for Notch, it is not surprising that defects in this signaling pathway are associated with a number of inherited human disorders and cancer. The potential use of Notch agonists and antagonists as therapeutic agents underscores the importance of defining the molecular basis of Notch signaling. Dr. Weinmaster’s lab has contributed to the understanding of Notch signaling through the cloning of multiple Notch receptors and ligands that are cell surface proteins that promote direct cell-cell interactions. Notch ligands activate signaling through a remarkable mechanism that involves proteolytic release of the Notch intracellular domain (NICD), which moves to the nucleus where it directly activates Notch target gene expression. Notch activation must be tightly controlled because inappropriate signaling causes developmental defects and cancer. In the absence of ligand binding, the Notch receptor exists in an auto-inhibited, protease-resistant state, which structural studies suggest masks and protects the proteolytic cleavage site. Ligand binding alone is not sufficient to activate Notch, and endocytosis by the ligand cell is necessary for ligands to induce signaling. The Weinmaster lab has been exploring a pulling force model, in which following ligand binding to Notch, endocytosis by the ligand cell generates a pulling force to unfold Notch and allow activating proteolysis for downstream signaling. Consistent with this model, the Weinmaster lab has imaged the transfer of the Notch extracellular domain from the Notch cell to the ligand cell, and accumulation of the NICD in the nucleus of the Notch cell. Using optical tweezers, the group has obtained biophysical evidence that ligand cells do indeed generate mechanical force when bound to Notch. Importantly, the same endocytic components required for ligand cells to activate Notch signaling are also required for mechanical force, providing compelling support for the pulling force model. Mammalian cell culture assays and mutant mice along with imaging, cell biology, genetic, biochemical and biophysical approaches are being used to characterize Notch signaling induced by cell associated ligands.