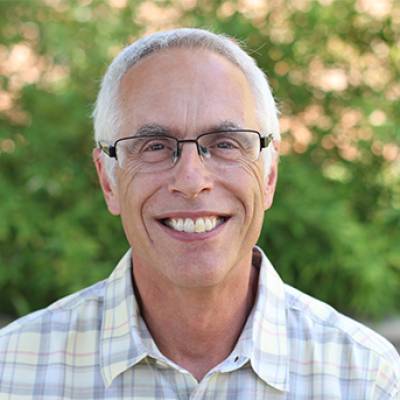 Gregory S. Payne, Ph.D., is Professor of Biological Chemistry at the UCLA David Geffen School of Medicine. He graduated with a B.S. in Biochemistry and honors in drama from the University of Michigan.  As a graduate student in the Biochemistry Department at the University of California, San Francisco, he studied tumorigenesis by Avian Leukosis Virus in the laboratories of Harold Varmus and J. Michael Bishop.  After receiving his PhD in 1987, he carried out postdoctoral studies on mechanisms of vesicle-mediated intracellular protein transport with Randy Schekman at University of California, Berkeley.  He was appointed as Assistant Professor at UCLA in 1987.   Professor Payne’s research program addresses molecular mechanisms responsible for selective protein transport within cells, with a focus on clathrin-mediated protein traffic pathways.  Dr. Payne served as Vice-chair of the Department of Biological Chemistry and Director of the Ph.D. admissions program, ACCESS.  He co-chaired a committee to reorganize bioscience graduate education at UCLA and has been appointed as Director of the new umbrella program, Graduate Programs in Bioscience.  He is Associate Dean for Bioscience Graduate Education in the UCLA David Geffen School of Medicine and in the College Division of Life Sciences.

Coated vesicles play a key role in protein traffic between membrane-delimited compartments in eukaryotic cells, serving as carriers that collect cargo proteins for delivery to the appropriate site.  An important class of such carriers is clathrin-coated vesicles (ccv).  Ccv mediate selective protein transport from the plasma membrane to endosomes during endocytosis, and between the trans Golgi network (TGN) and endosomes.  The fundamental nature of ccv-mediated protein traffic in eukaryotic cell biology is apparent from the strong conservation of clathrin-mediated pathways in organisms as diverse as yeast and humans.  Studies from the Payne lab offer insights into molecular mechanisms of ccv formation that are critical to normal cell function.  Knowledge of ccv function in healthy cells provides a foundation for understanding how defects in ccv-mediated pathways contribute to diseases such as cancer, heart disease, and neurodegenerative disorders.

The Payne lab integrates genetic, genomic, biochemical, structural and live cell imaging strategies to study clathrin-mediated transport in the budding yeast Saccharomyces cerevisae, and more recently in cultured animal cells.  Major efforts are focused on understanding how components of clathrin coats are assembled on appropriate membranes, how coat assembly drives vesicle formation, and how these processes are regulated in time and space.

Clathrin adaptors are central to clathrin coat assembly, connecting clathrin, clathrin coat-associated proteins, and cargo.  Results from the Payne lab have revealed a novel temporal-spatial regulatory mechanism that controls assembly of different types of ccv at the TGN in yeast through sequential recruitment of distinct clathrin adaptor proteins.  This process of adaptor progression is regulated by the phosphoinositide, PtdIns(4)P.  Studies are aimed at defining the regulatory network responsible for adaptor progression and characterizing related regulatory interactions at the mammalian cell TGN.  Roles for adaptor-associated proteins in ccv-mediated TGN-endosome traffic are also being investigated.

The final step in ccv formation, scission of the membrane connecting the nascent vesicle to the donor membrane, depends on a class of membrane-bending proteins that carry a BAR domain.  A founding member of the BAR domain protein family is yeast Rvs167.  The Payne group has discovered new interactions that contribute to Rvs167 function during endocytosis and appear to be conserved in mammalian cells.  Current projects are directed at understanding the molecular mechanisms responsible for this novel type of regulation.