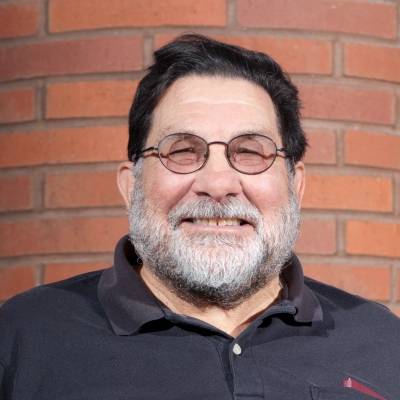 Harvey R. Herschman, Ph.D is a Distinguished Research Professor in the Department of Molecular and Medical Pharmacology and in the Department of Biological Chemistry. He is also the Vice Chair for Academic Affairs in the Department of Molecular and Medical Pharmacology For many years, Dr. Herschman was the Director for Basic Research for the UCLA Jonsson Comprehensive Cancer Center.  He received his undergraduate degree at Rice Institute (now Rice University).  He then did his doctoral work in the Department of Biology at the University of California, San Diego working with Dr. Donald Helinski.  Following his graduate work, Dr. Herschman was a post- doctoral fellow with Drs. Gordon Sato and Laurence Levine at Brandeis University. He then joined the faculty in the Department of Biological Chemistry of the UCLA School of Medicine (now the David Geffen School of Medicine) in 1969, where he has proceeded through the academic ranks as Assistant Professor, Associate Professor, Professor, Distinguished Professor and Distinguished Research Professor. Dr. Herschman’s lab focuses on two main topics: (1) In 1991 Dr. Herschman and his colleagues identified a second cyclooxygenase gene, now known as COX-2. COX-2 quickly became the focus of the pharmaceutical industry, as a target to develop an isoform-specific non-steroidal anti-inflammatory drug (NSAID), the most commonly used drugs in the pharmacopeia (as anti-pyretics, anti-inflammatories, analgesics, and chemopreventives), and avoiding the side effects (inhibition of blood clotting and gastric pathology) of the conventional NSAIDs such as aspirin, ibuprofen, indomethacin, diclofenac, etc. (2) Dr. Herschman also developed procedures for non-invasive imaging of reporter genes in living animals, using reporter genes whose products trap positron-emitting probes and detection of these trapped products by positron emission tomography (PET scanning). From 2000-2015 Dr. Herschman has been the P.I. of the UCLA-NCI In Vivo Cellular and Molecular Imaging Center (ICMIC), one of eight such centers in the United States (and one of the three original centers, along with Memorial Sloan Kettering and Harvard Medical School).

Dr. Herschman’s interest in the biology of prostaglandins and cyclooxygenases began with his discovery of the COX-2 gene.  His primary interest has been in the role of COX-2 in driving the progression of epithelial cancers.  His laboratory had developed a number of genetically modified mice; one (the Cox2fLuc mouse) that permits the non-invasive imaging of expression from the Cox2 gene as a result of substitution of the luciferase coding region and a second in which the Cox2 gene can be eliminated in a cell specific fashion by Cre recombinase mediated deletion.  More recently, his lab has developed a mouse model in which the Cox2 gene can be reversibly silenced, in a cell/tissue specific fashion, by reversible cell-specific induction of a shRNA that prevents COX-2 expression.  Although his primary interest is in the role of COX-2 in epithelial cancers (skin, intestine pancreas), he has also used these mice to understand the role of COX-2 in colitis, fever, bone fracture, neurodegeneration, ischemic reperfusion injury cardiovascular damage.  His work in molecular imaging has centered around the development of new “PET reporter gene/PET reporter probe” combinations to monitor gene expression and in developing viral vectors for imaging gene expression in vivo.