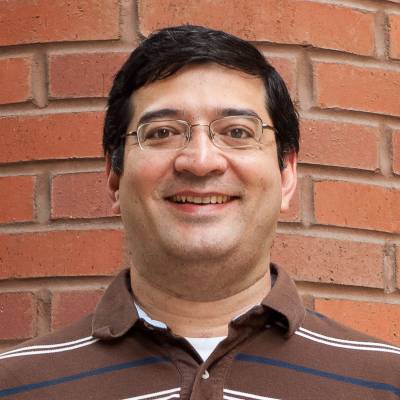 James Wohlschlegel, Ph.D. is an Associate Professor in the Department of Biological Chemistry at the UCLA David Geffen School of Medicine.  He attended Texas A&M University in College Station, TX as an undergraduate and received his Bachelor of Science Degree in Biochemistry in 1997.  He then performed his graduate training at Harvard Medical School in the laboratory of Anindya Dutta.  His thesis work focused on understanding the regulation of DNA replication complex assembly at origins of DNA replication at the onset of S-phase and he ultimately received his Ph.D. in Biological Chemistry in 2002.  His postdoctoral training was performed at The Scripps Research Institute in La Jolla, CA jointly in the laboratories of John Yates and Steven Reed where he focused on developing new proteomic mass spectrometry-based methods for characterizing biological pathways regulated by the ubiquitin family of post-translational modifications.  In 2007, he arrived at UCLA in the Department of Biological Chemistry where he has built a research program that utilizes a combination of proteomic and biochemical strategies to study the functions of novel enzymes in the ubiquitin pathway.

The Wohlschlegel laboratory is broadly interested in how the ubiquitin pathway regulates the molecular processes that drive cell growth and proliferation and how this regulation is impaired in different pathological contexts.  Currently, their research is focused in three major areas:

Iron Metabolism and the E3 Ligase FBXL5.   In previous work, we identified FBXL5 as an E3 ubiquitin ligase that functions as a critical regulator of intracellular iron homeostasis.  We found that FBXL5 catalyzes the ubiquitin-dependent degradation of Iron Regulatory Proteins 1 and 2 (IRP1/2), two RNA binding proteins that control the translation and/or stability of mRNAs that encode iron metabolic proteins involved in iron transport and storage.  FBXL5 is also able to directly sense intracellular iron concentrations through an iron-binding hemerythrin-like domain present in its N-terminus.  In iron replete conditions, iron-binding by FBXL5’s hemerythrin domain stabilizes the enzyme enabling it to degrade IRP1/2 while in iron-deficient conditions, FBXL5 is destabilized allowing IRP1/2 to accumulate and bind their target mRNAs.  We are now continuing our characterization of FBXL5 by examining how FBXL5’s role as an iron sensor influences other pathways integral to iron metabolism such as Fe-S metabolism and ferritin degradation.

Potassium Channel Tetramerization Domain (KCTD) Family of E3 Ubiquitin Ligases.  A second project in the laboratory is elucidating the biological functions of the KCTD family of E3 ubiquitin ligases. These KCTD proteins are the substrate-recognition component of a multisubunit E3 ubiquitin ligase complex composed of CUL3, RBX1, and a heteromeric assembly of one or more KCTD proteins.  In humans, this family is comprised of twenty-two different KCTD proteins, the vast majority of which are completely uncharacterized.  Of those that have been studied, they have been implicated in a variety of signaling pathways including KCTD6, KCTD11, and KCTD16 which suppress Hedgehog signaling, KCTD15 which attenuates Wnt signaling, and KCTD8, KCTD12, and KCTD16 which regulate GABAB receptors. We are currently using proteomic methods to systematically analyze the entire human family of KCTD proteins in order to identify novel molecular pathways regulated by this family of enzymes.

Proteomic Mass Spectrometry.  The use of cutting-edge shotgun proteomic methods to build comprehensive protein-protein interactions networks and post-translational modification-mediated regulatory networks is a major theme for the Wohlschlegel laboratory.  In addition to applying these methodologies in the context of the aforementioned projects, we actively develop novel applications and/or methods in collaboration with other UCLA investigators to address key biological questions in a variety of biological systems.