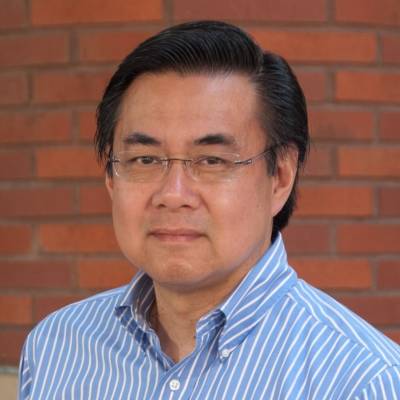 Joseph A. Loo, Ph.D., is Professor of Biological Chemistry at the UCLA David Geffen School of Medicine and Professor of Chemistry and Biochemistry. He received his Bachelor of Science degree in Chemistry at Clarkson University (Potsdam, NY). He entered the PhD program at Cornell University, where he developed high-resolution Fourier-transform mass spectrometry (MS) methods for large biomolecule characterization in the laboratory of Professor Fred W. McLafferty; he received his PhD in Chemistry in 1988. He was a postdoctoral fellow and later a Senior Scientist at the Pacific Northwest National Laboratory (Richland, WA) with Dr. Richard Smith, where he worked on advanced MS for protein sequencing. He joined Parke-Davis Pharmaceutical (later became Pfizer) in Ann Arbor, MI in 1992, and he became Group Leader of the Biological Mass Spectrometry and Proteomics Teams. In 2001, he joined the UCLA faculty. He is a member of UCLA/DOE Laboratory for Genomics and Proteomics, and the UCLA Molecular Biology Institute. The Loo group focuses on the development of MS and protein chemistry for the characterization of peptides and proteins and the application of MS for proteomics. In 2000-2002, he served on the Board of Directors for the American Society for Mass Spectrometry. He has been on the Editorial Boards of the journals Bioconjugate Chemistry and Analytical Chemistry. Currently, Dr. Loo is on the Editorial Boards of several analytical chemistry journals, and he is an Associate Editor for the Journal of the American Society for Mass Spectrometry.

Research in the Loo lab is aimed at developing and applying high performance mass spectrometry and proteomics to address important questions in biology and medicine. The important role of proteins and protein assemblies in normal cellular processes and diseases warrants a practical and sensitive method for their study. Although methods such as X-ray crystallography and NMR spectroscopy provide unrivaled high-resolution structural information, significantly advanced mass spectrometry (MS) and ion mobility spectrometry (IMS) with higher sensitivity has capabilities to offer structural biologists layers of insight. Mass measurements deliver information on stoichiometry of binding partners directly, even for multi-ligand hetero-complexes and molecular machines with masses well beyond 1 MDa.  With electrospray ionization (ESI), MS can measure proteins and complexes from aqueous solution at near neutral pH, i.e., “native” MS. ESI’s special gift for transforming solution-phase macromolecules into gas-phase ionized counterparts without disrupting covalent bonds and weak noncovalent interactions is key for applying MS to study protein complexes.

One of our primary projects is to go beyond protein sequencing and to develop advanced MS-based methods for characterizing the three-dimensional structures of biological assemblies. Our MS-based methods for characterizing proteins can augment existing knowledge for a given biochemical complex and can be integrated with data from a wide variety of methods to model and refine complex 3D structures for biological assemblies. We have developed a technique for top-down MS/protein sequencing for measuring the sites of noncovalent protein-ligand binding. Several proteins have been found to form aggregates and fibrils that are associated with neurodegenerative disorders, such as Alzheimer’s disease and Parkinson’s disease. We are applying our tools to elucidate the sites of binding of unique compounds that protect against neurodegenerative protein toxicity, and this information can be used to design more potent compounds. A similar experimental strategy may be able to reveal the contact interface for protein-protein interactions.

Another on-going project is to understand how syntrophic microbial systems operate. Anaerobic syntrophy is a thermodynamic interdependence among different organisms in which one organism may degrade a substrate (e.g., an aromatic or fatty acid), but only when the end products of that degradation (usually hydrogen and formate or acetate) are maintained at very low concentrations by a second microorganism that consumes them. For example, the degradation of propionate, butyrate, and benzoate to hydrogen and acetate is thermodynamically unfavorable unless these metabolites are maintained at very low levels by methanogens. Microbial syntrophy is essential to global carbon cycling, waste decomposition, and biofuel production.  Using proteomic tools that we have developed, we have found unique lysine modifications that are dynamic and may regulate metabolic pathways in syntrophic organisms.

Other current research projects include (1) the application of MS-based tissue imaging for drug biodistribution studies and (2) the discovery and application of protein surrogate biomarkers for traumatic brain injury (TBI) diagnosis and progression.