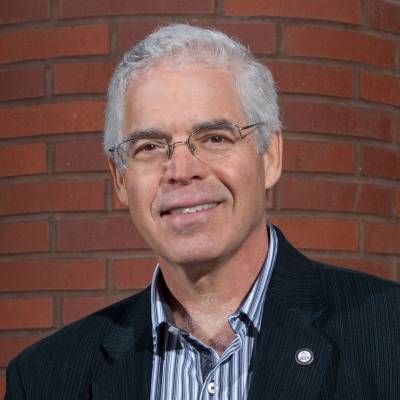 Leonard H. Rome, Ph.D., is Distinguished Professor of Biological Chemistry and Associate Director of the California NanoSystems Institute. He served as the Senior Associate Dean for Research in the School of Medicine from 1997 to 2012. Dr. Rome earned his B.S. in Chemistry and M.S. and Ph.D. in Biological Chemistry at the University of Michigan, Ann Arbor.  He was a postdoctoral fellow at the National Institutes of Health, where he worked on lysosome biogenesis. His laboratory research at UCLA centers on a novel cellular organelle called a “vault” which he and a former postdoc, Dr. Nancy Kedersha, discovered in 1986. Over three-times the size of a ribosome, vaults are the largest cytoplasmic ribonucleoprotein particles known. They are ubiquitous cell structures that have been conserved throughout evolution and are found in phylogeny as diverse as mammals, avians, amphibians, and even primitive eukaryotes like slime mold and amoeba. The particle is thought to carry out a basic cellular function and they have been shown to play a role in multidrug resistance of cancer cells. Rome leads a team of interdisciplinary scientists affiliated with the CNSI who are engineering the vault particle as flexible nano-scale capsules for a wide variety of applications from drug delivery to vaccines to intercellular sensors.

Vault function and engineering
Vaults are novel nano-scale particles first described in 1986 and found to exist in thousands of copies in most eukaryotic cells. They have an intricate shape composed of multiple arches reminiscent of cathedral vaults, hence their name. Vault size (~74 x 42 x 42 nm), shape, molecular composition and facile assembly suggest that they have the potential to be engineered to deliver of a wide variety of therapeutics.  The baculovirus expression system is currently being used to produce recombinant vaults in order to test the concept that vaults can have a broad nanosystems application as malleable nanocapsules. Toward this aim, a number of strategies are under development to encapsulate chemically active small molecules, drugs, nucleic acids and immune modulators into the vault particle. If successful, vault nanocapsules can be bioengineered to allow their use in a wide variety of biological applications including protein, drug and gene delivery, cancer immunotherapy, vaccine production, biologically-compatible coatings, biological sensors, enzyme delivery, and gene therapy.