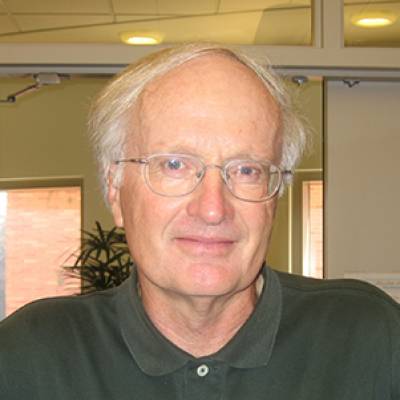 Peter A. Edwards, Ph.D. is a Distinguished Research Professor in the Departments of Biological Chemistry and Medicine/Cardiology. He attended the University of Liverpool in the U.K. where he received a B.Sc. (Hons) degree in Biochemistry in 1963 and a Ph.D. in Biochemistry in 1969.  He did his post-doctoral training with Gordon Gould at Stanford University before joining the UCLA faculty in 1975.  The Edwards laboratory was interested for many years in the mechanisms that control cholesterol synthesis. More recently the laboratory emphasis has been on the roles of two nuclear receptor transcription factors, namely LXR and FXR, on cholesterol and bile acid metabolism and homeostasis.

How does FXR control bile acid homeostasis and provide protection from hepatotoxins?

Expression of the nuclear receptor/transcription factor FXR is limited to four tissues (liver, intestine, kidney and adrenals). Activation of FXR by specific synthetic agonists or by endogenous agonists (certain bile acids) results in changes in gene expression within these tissues that affect cell and organ function. The latter include control of bile acid metabolism, hepato-protection from toxins, maintenance of the intestinal barrier and glucose homeostasis.  The Edwards laboratory utilizes mice with either whole body or organ-specific gain- or loss-of-function of FXR or of FXR target genes.  We use state-of-the-art approaches (e.g. RNA-Seq, ChIP-seq, antisense oligonucleotides {ASOs} and viral-mediated overexpression or transgenic mice) to identify molecular mechanisms that result in changes in cellular physiology. We collaborate with experts in bioinformatics to maximize the information obtained from these approaches. The current studies are performed in collaboration with Dr. Thomas Vallim, and Assistant Professor in the Department of Medicine.

Agonist-activation of FXR, bound to DNA as an FXR:RXR heterodimer,  is known to activate the transcription of many target genes. Our recent studies unexpectedly showed that treatment of mice with FXR agonists actually represses more genes than are activated.  We subsequently identified the mechanism involved in such repression: we demonstrated that specific FXR agonists induce the expression of a number of transcriptional repressors. These repressors then inhibit the transcription of specific target genes. We suggest that these studies may have important clinical relevance as FXR agonists are currently in use in early phase I-III clinical trials. In summary, our studies are aimed at understanding basic mechanisms involved in FXR activation.