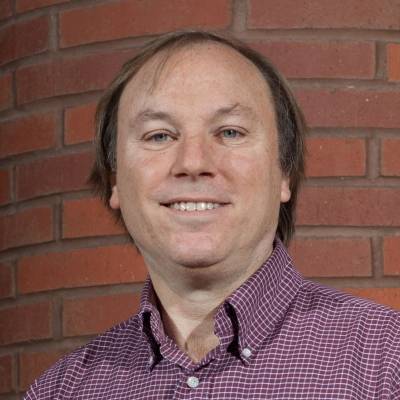 Reid C. Johnson is a Professor of Biological Chemistry in the UCLA David Geffen School of Medicine, where he joined the faculty in 1986. He received his Ph.D. from the University of Wisconsin-Madison in 1983 and did postdoctoral work at Caltech. Dr. Johnson has had a long standing research interest in mechanisms and control of sequence-specific DNA rearrangements and transposition. An additional focus of his laboratory has concerned the varied functions of abundant nucleoid-associated DNA bending proteins in regulating transcription reactions and chromosome dynamics in microorganisms. This work has included HMGB chromatin-associated proteins in eukaryotic cells, especially yeast.  Recent work has emphasized the role of DNA structure in targeting protein binding.

The Johnson lab studies mechanisms controlling chromosome structure and function in microorganisms. A long term project has concerned the DNA inversion reaction that regulates the alternative synthesis of flagellin proteins in the bacterium Salmonella enterica. This reaction enables the microbial pathogen to escape a host immune response by changing the antigenic character of its major surface protein. Early investigations led to the discovery of a remote recombinational enhancer DNA element and a global regulatory protein named Fis that mediates enhancer activity. The chemical and mechanical steps leading to inversion of DNA occur within a nucleoprotein complex (called an invertasome) that is assembled at the enhancer. The Johnson lab has been elucidating the pathway of invertasome assembly and the process of DNA strand exchange through the use of genetic, biochemical and structural approaches, including X-ray crystallography. They have shown that the cleaved DNA strands, which are covalently linked to the recombinase subunits, are rearranged by translocation of recombinase subunits within the invertasome structure. This subunit rotation mechanism is likely to operate for all members of the serine recombinase family but is unlike DNA exchange reactions in other DNA recombination systems. Work in this area is currently being extended to other serine recombinase reactions that promote viral integration/excision or transposition. These systems exhibit unique mechanisms and in some cases use additional regulatory factors to assemble active recombination complexes.

A second research area concerns general nucleoid/chromatin-associated proteins. These abundant proteins bind DNA with little or modest sequence-specificities and often dramatically bend DNA. The Johnson lab studies how these proteins select their DNA targets and deform DNA structure to both regulate individual reactions and to promote packaging of the bacterial chromosome into the condensed nucleoid structure. The Fis protein is also a focus of these studies as it is one of the most abundant DNA binding proteins in Enterobacteriaceae under fast growth rates and binds prolifically throughout the chromosome. In addition to the established role of Fis in regulating recombination and transcription reactions, accumulating evidence suggests it functions to condense the chromosome through transiently trapping DNA loops. A large number of crystal structures of Fis bound to diverse DNA sequences, sometimes together with regulatory partners, have shown that DNA structural determinants, namely the shape of the minor groove, are paramount for targeted binding and for cooperative binding with partner proteins. Research on general chromosome binding proteins has also involved the abundant HMGB class of chromatin-associated proteins in eukaryotic cells. Much of this work has focused on the NHP6A/B proteins from S. cerevisiae where the in vitro mode of DNA binding and bending as well as in vivo targeting to nucleosome-depleted promoter regions and effects on global transcription has been established.