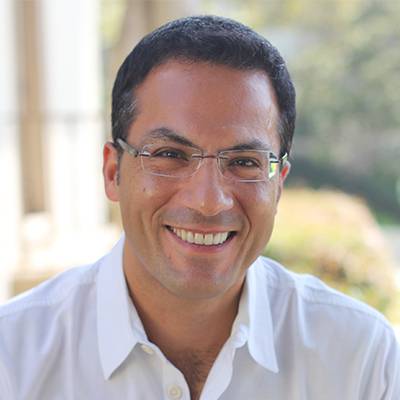 Siavash K. Kurdistani, MD, is a Professor in the Department of Biological Chemistry with a secondary appointment in the Department of Pathology and Laboratory Medicine. Dr. Kurdistani is also the Associate Director of the Gene Regulation Program Area within the Jonsson Comprehensive Cancer Center. He is also a member of the Eli and Edythe Broad Center of Regenerative Medicine and Stem Cell Research. Dr. Kurdistani received his B.S. degree in Biochemistry from UCLA in 1994 and his M.D. from Harvard Medical School in 1999. As an undergrad, Dr. Kurdistani worked in the field of Host-Guest Chemistry in the laboratory of Dr. Don Cram, 1987 Nobel Laureate in Chemistry. In medical school, Dr. Kurdistani received an HHMI Medical Student Fellowship to conduct research in the laboratory of Dr. Sam W. Lee. After a short residency in Pathology and Laboratory Medicine at UCLA, Dr. Kurdistani joined the laboratory of Dr. Michael Grunstein at UCLA for postdoctoral training and received the UCLA Chancellor’s Award for Postdoctoral Fellows. He joined the faculty at UCLA in 2004.

The cancerous cellular state is associated with multiple chromatin alterations, but elucidating the precise order of such alterations during tumorigenesis and their contributions to the clinical progression of the disease remain significant challenges in cancer biology. Our laboratory seeks to understand how histones and their post-translational modifications contribute to cancer initiation and progression. Our approach is twofold: 1) we identify alterations of the epigenome that are related to the cancer’s clinical behavior directly from primary cancer tissues and pursue the biological bases of these alterations in the laboratory through reductionist approaches using model systems; 2) we exploit the ability of DNA tumor viruses to transform normal human cells to cancerous ones to determine the early epigenetic alterations that may drive cancer initiation. Our two-pronged strategy has provided an important advantage: recognition of novel phenomena that are not readily discernable from the current paradigms for the function of histone modifications. Pursuit of these phenomena has led to unanticipated biological discoveries about the function of chromatin and its alterations in cancer. These findings include the first predictive association of epigenetic alterations with clinical outcome of cancer patients, discovery of an unusual function of histones in regulation of intracellular pH, identification of a unique histone acetylation site as a critical target for oncogenic transformation by viral oncogenes, and uncovering an evolutionary function of the core histones for genome compaction that may also explain certain histones are mutated in cancer.

We currently have three related areas of investigation.

I. Chromatin as a metabolic organelle

Chromatin has been thought to regulate only DNA-based processes.  However, histones within chromatin may also function as capacitors for storage and release of methyl and acetyl groups as dictated by cellular metabolic or physiologic needs.  Our goal is to determine how chromatin may regulate the cellular flow of carbon and integrate this flow with the conventional roles of chromatin in DNA-based processes such as gene regulation.

Viral oncoproteins have provided useful tools for investigating several aspects of cancer cell biology.  We use the cellular transformation by Adenovirus as a model system to study the epigenetic changes that occur during an oncogenic reprogramming process.  This system is reproducible, manipulatable and amenable to temporal measurements with proven relevance to primary human cancer.

III. Evolution of genome compaction and its biological consequences

Evolution of eukaryotes from single-cell to multicellular species has been associated with disproportional expansion of genome size relative to the nuclear volume, requiring organisms with larger genomes to compact their chromatin to greater extents than organisms with smaller genomes. Our laboratory has discovered an evolutionary principle for regulation of genome compaction across eukaryotes through a previously unsuspected region of the nucleosome. We would like to determine what molecular processes govern the optimal levels of genome compaction and nuclear volume.  If genomes can be more or less compact, why aren’t they?  This issue pertains not only to our fundamental knowledge but also to human disease including cancer, a hallmark of which is aberrant nuclear morphology due to deregulated chromatin compaction.