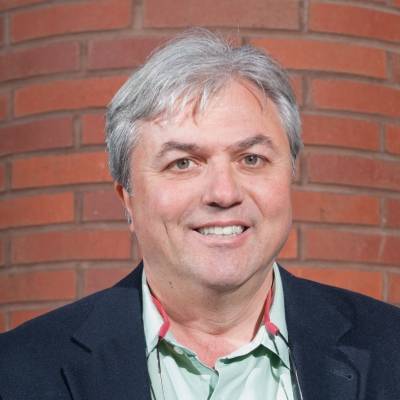 Timothy F. Lane, Ph.D., is an Associate Professor in the Department of Biological Chemistry and an appointment in the medical school in Gyn Oncology. His main research interests are related to defining the role of stem cells in breast cancer progression and the role of Wnt signaling in regulating various adult stem cell compartments in bone and breast biology. His work on endothelial stem cell function in breast cancer is funded by one NIH R01 grant, and a Lab Fees Grant from the University of California. He received his Ph.D. from the University of Washington (1992), and did postdoctoral training at Harvard Medical School, in Genetics. He moved to UCLA in 1998 and was was promoted to Associate Professor with tenure in 2006. He is a member of the Molecular Biology Institute (MBI) graduate committee and is Co-PI of the Cancer Cell Biology training grant. He is also a member of the Broad Stem Cell Institute, the Orthopeadic Research Institute and the Jonsson Comprehensive Cancer Center. Dr. Lane is a member of the Jonsson Comprehensive Cancer Center at UCLA where he is part of the Cancer Cell Biology Program Area and the Women’s Cancers Program Area. He is also an active member of the Orthopedics Research Center, and the Molecular Biology Institute. Dr. Lane is Co-PI of the Tumor Cell Biology Training grant and serves on the Graduate Student Committee of the Molecular Biology Institute. He is also Director of the UCLA/Laser Scanning Cytometer Shared Instrument Facility and serves on UCLA?s Embryonic Stem Cell Research Oversight Committee and the Council on Research.

Failure of various genetic control points during development, or later in life, are known to contribute to Breast Cancer, a disease which affects roughly one in eight women. During development, mammary epithelial cells undergo highly programmed pattern formation and terminal differentiation. These processes prepare the gland for milk production. Interestingly, terminal differentiation also functions to protect mammary epithelial cells from developing cancer. We use genetic analysis and developmental biology to identify genes that regulate mammary growth. In particular, we use genetic (e.g. transgenic and knockout methods) and molecular screens to identify key genes in mammary patterning and tumor development. We also use functional genomics (including ordered gene arrays, and functional screening strategies) to reveal new regulators of the process. Current projects in the lab focus on the BRCA1 tumor suppressor gene, the wnt family of signaling proteins, and the role of endothelial stem cells in tissue remodeling and tumor progression.