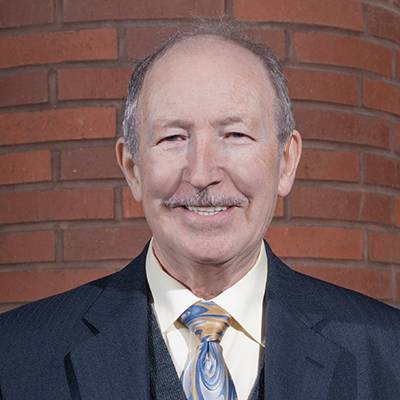 Developmental Neurochemistry and Metabolism
My research interests encompass developmental neurobiochemistry and metabolism. The interest, by necessity, range from basic infant nutrition, the nutrient requirements for brain development to the metabolic diversity and specialization of neural cells from developing brain by their examination in primary cell culture. In considering the very basic issues, at what is recognized as the most vulnerable period in development, it would seem that energy maintenance at the massive brain growth spurt/onset of white matter formation would be a critical concern. At this time in development there is a high demand for lipids for the synthesis of new membrane in cell division for dynamic growth and for white matter formation, thus the origin and management of lipids in developing brain has been a focus of attention. The availability of dietary substances, such as the reduced availability of carbohydrate and as a consequence hypoglycemia, or the reduces availability of dietary iron and as a consequence, reduced oxygen delivery through anemia and depleted iron reserves, are conditions known to prevail during development. We have examined how these conditions influence the developing rat pup in a period when lipid accretion in the central nervous system is dynamic. The pursuit of our objectives has been facilitated by highly discriminating techniques such as the use of stable isotopes and mass isotopomer analysis by mass spectrometry, and by two model systems. The in-vivo model system involves the gastrostomy-reared rat pup (the artificially-reared rat pup) which can be fed milk substitutes containing specific nutrients to test our proposals. The second system available, the in-vitro model of pure populations of the major cell types from developing brain, astrocytes, oligodendrocytes and neurons. As with the gastrostomy-reared rat pup, the nutrient conditions of each neural cell population in primary culture can be manipulated in a precise way and the outcome examined. We are making use of substances containing stable isotopes such as carbon-13 and deuterium for our studies in vivo, and in-vitro, and the techniques of mass isotopomer analysis using gas chromatography coupled to a mass spectrometer to promote the studies and to obtain a definitive outcome. The primary focus at this time is to determine which fatty acids can access the brain and which cannot in an attempt to define the molecular characteristics of the monocarboxylic acid transporter(s) responsible for fatty acid delivery into brain.