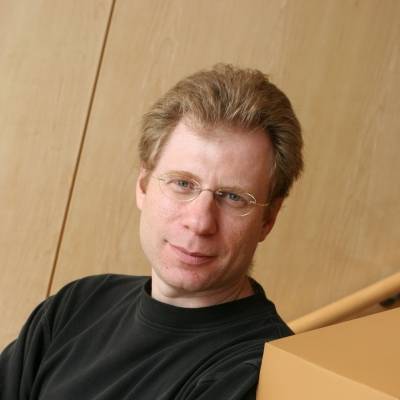 Leonid Kruglyak, Ph.D., is a Distinguished Professor of Human Genetics and Biological Chemistry at the David Geffen School of Medicine at UCLA and the Diller-von Furstenberg Endowed Chair in Human Genetics. Dr. Kruglyak received his A.B. degree in physics from Princeton University and his M.S. and Ph.D. degrees, also in physics, from the University of California at Berkeley. After postdoctoral fellowships at the Institute for Advanced Study in Princeton and at Oxford University, he joined the Whitehead Institute/MIT Center for Genome Research as a research scientist. Subsequently, he held a faculty position in the Human Biology Division at the Fred Hutchinson Cancer Research Center in Seattle, where he was also an Investigator of the Howard Hughes Medical Institute and an Affiliate Professor of Genome Sciences at the University of Washington. In 2005, Dr. Kruglyak returned to Princeton University as a Professor in the Department of Ecology and Evolutionary Biology and the Lewis-Sigler Institute for Integrative Genomics. In 2010, he was named the inaugural William R. Harman ’63 and Mary-Love Harman Professor in Genomics. He also founded and chaired the Graduate Program in Quantitative and Computational Biology at Princeton. In 2013, Dr. Kruglyak moved to the David Geffen School of Medicine at UCLA, where he holds appointments in the Departments of Human Genetics and Biological Chemistry and continues to serve as an Investigator of the Howard Hughes Medical Institute. Dr. Kruglyak serves on the the Board of Reviewing Editors at Science Magazine, the editorial board of PLoS Genetics, the advisory board of bioRxiv, and the scientific advisory council for Cold Spring Harbor Laboratories.

Dr. Kruglyak is a recipient of many awards, including a James S. McDonnell Centennial Fellowship in Human Genetics, a Burroughs Wellcome Fund Innovation Award in Functional Genomics, and a MERIT award from the National Institutes of Health. In 2007 he was elected a Fellow of the American Association for the Advancement of Science “for distinguished contributions to the study of variation in the human genome and for pioneering genetic studies of gene expression variation.” His research interests focus on understanding the genetic basis of complex phenotypes.

Why do individuals differ from each other?

My lab is interested in the genetic basis of heritable traits. The genetic basis of most traits is complex, involving many genes that interact with each other and the environment. My lab conducts experiments in model organisms (currently, the yeast Saccharomyces cerevisiae and the nematode worm Caenorhabditis elegans), as well as computational analyses, aimed at understanding how changes at the level of DNA are shaped by molecular and evolutionary forces, and how these changes lead to all the observable differences among individuals within a species.